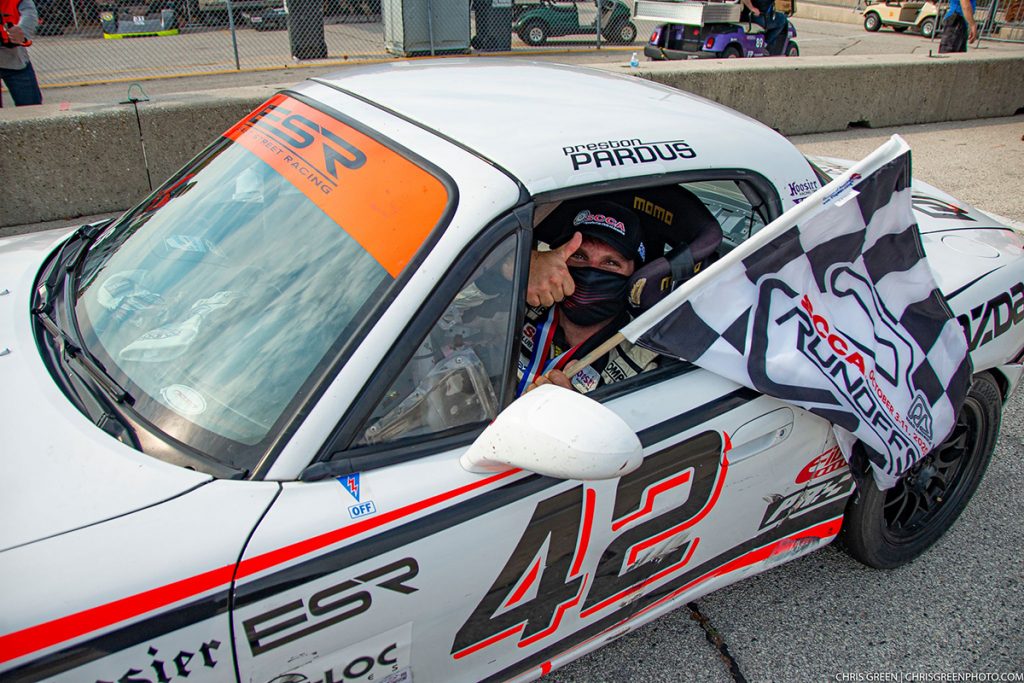 Continuing to add to their already stout Mazda MX-5 Cup driver lineup, Preston Pardus has solidified his position within the Hixon Motor Sports (HMS) program. Set to attack the Daytona International Speedway Road Course for the opening rounds of the Mazda MX-5 Cup Presented by BFGoodrich, Pardus will look to fight with two chances for the race win during the IMSA Rolex 24 weekend.

“Being born and raised near Daytona, makes any event for me even more special at the historic track,” explained an excited Preston Pardus. “Being close in proximity with the track has allowed me to spectate countless NASCAR and IMSA events as a kid… from Daytona 500’s to Rolex 24 races. With that being said, I couldn’t think of a track more fitting to make my Mazda MX-5 Cup series debut than under the lights at Daytona!”

“We are excited and honored to have Preston part of the HMS program,” added Bryan Hixon. “He brings a wealth of knowledge experience and race craft to our efforts. While he is only a one race event deal at this point in time, a win could catapult him into a full-season program and a run at the Mazda MX-5 Cup $250,000 Championship.

Preston is a second-generation racer and the son of former NASCAR national series driver, Dan Pardus. First behind the wheel at the young age of eight, Pardus competed in Quarter Midget race cars at tracks in Florida. As time moved on, Preston also competed in motocross events across throughout the state of Florida and in 2013, he returned to racing four-wheeled vehicles before claiming the SCCA Spec Miata national championship in a hotly contested event on the road course at Indianapolis. It was the deepest field at the event, with 92 drivers entered in the Spec Miata ranks

Preston was also one of four finalists for the 2017 Mazda Road to 24 Shootout before he made his NASCAR Xfinity debut in 2019 at Road America and then again tackled Charlotte’s ‘roval’ in the fall. In 2020, Preston scored 2-top ten results in only four starts in his NASCAR Xfinity Series season at Indianapolis Motor Speedway and career best eighth at Road America. Preston also became a 2-time Champion in the Spec Miata National Championship after a thrilling drive at Road America, charging from seventh place on the start of the final lap. The win at the SCCA runoffs also allowed Preston to clinch the SCCA “Super Sweep” where the driver has to win a Majors Conference Championship, win the Super Tour National Points Championship, and the National Runoffs. He was also awarded the 2020 SCCA Presidents Cup award for his Runoff performance.

Pardus continued, “My goals for the weekend would be to try and adapt to the car as quickly as possible to allow me to perform at a competitive pace by race time. With the draft at Daytona being so extremely crucial to one’s results and strategy, you never know what can happen! The Hixon Motor Sports team is a top-notch organization both on-and-off the track. I have a great group of teammates under the HMS tent that will definitely come in handy at Daytona. To say I am excited to get behind the wheel of one of these cars again would be an understatement!”

With on-track action at the Daytona International Speedway beginning Wednesday January 27th, two wheel-to-wheel races will go green on the 28th and 29th as the 2021 season takes the green flag.