Hixon Motor Sports (HMS) created by Bryan Simpson Hixon, Team Owner, teamed up with Team Manager, Shea Holbrook in 2020. The team earned the VP Racing Fuels Clean Image Award during their inaugural season presented at the championship season finale banquet in St. Petersburg, Florida, just minutes away from the fleet’s new headquarters. In the 2020 season, the team coined their liveries “Maverick”. With one podium, two Top-5s and four Top-10s, the HMS team looks to continue their passion, improvement on all levels, and successes into the 2021 Mazda MX-5 Cup season.

In 2021, the team takes residence in the world center of racing, Daytona Beach, Florida. Hixon Motor Sports will move from Jacksonville in 2020 to 5 miles down the street from Daytona International Speedway and the IMSA Mazda MX-5 Cup race car builders, Flis Performance, and the IMSA headquarters in 2021. The integration of Hixon Motor Sports and BSI Racing, a 30+ year racing business, creates exponential growth and opportunity for racers looking to take a step up the ladder in Mazda programs. Their new facility provides top-notch services such as: maintenance, trackside support, repair, fabrication, dyno services and storage.

Hixon Motor Sports commits to top professional coaching and driver development along with marketing services to further brand HMS drivers in the media and social platforms. Taking an all-in approach when it comes to investing in key professional team personnel, team and driver branding, and unmatched services offered by the new shop headquarters owned by Shea Holbrook and Nick Chorley, Hixon Motor Sports positions itself to seize the collective dream of being one of the best sports car teams in the IMSA paddock. 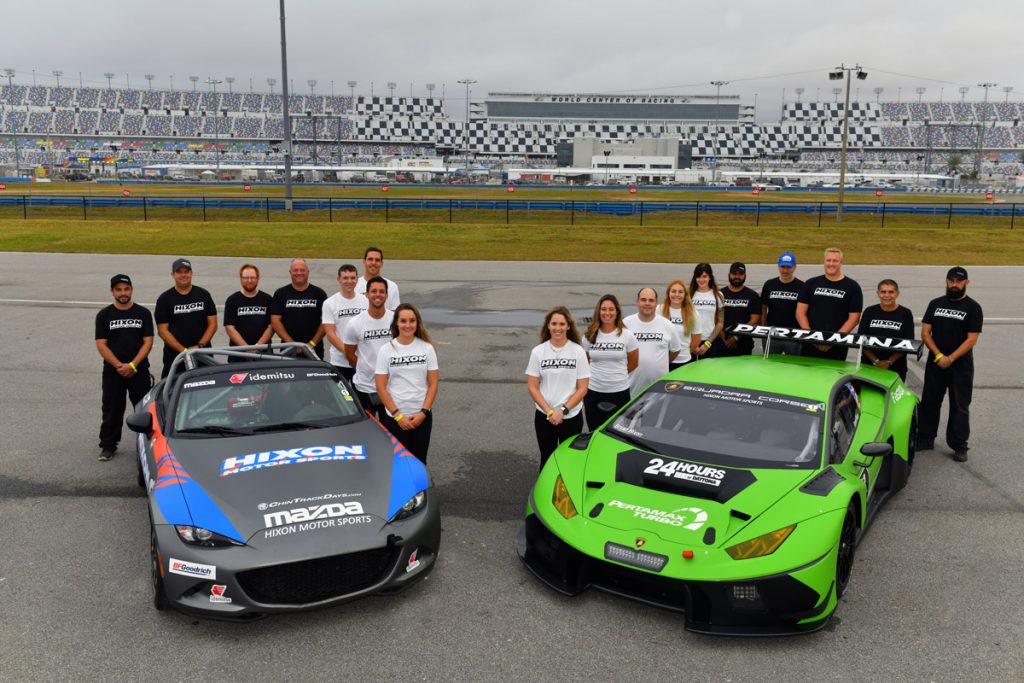 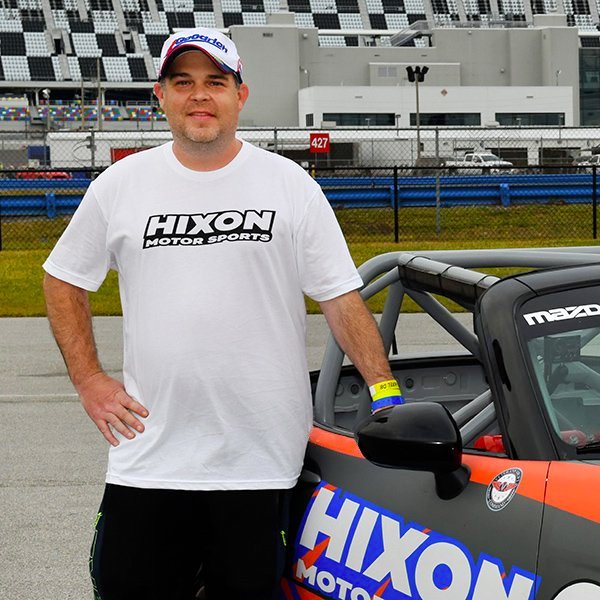 Bryan Simpson Hixon of San Antonio, Texas, holds five collective championships including one Mazda Scholarship in 2012, all under Mazda MX-5 platforms during his career along with becoming a 2020 proud owner of a newly formed multi-car Mazda MX-5 Cup team, Hixon Motor Sports.

Hixon has an extensive educational background as he graduated from Duke University with a Bachelor of Arts in Biological Anatomy & Anthropology and a Bachelor of Arts in Cognitive Psychology. Following his family’s footsteps, he continued his education of business at the Venture Capital Institute and SMU Cox School of Business.

Before investing his time in motorsports, he worked in venture capital, commercial real estate development and wealth management with the Gideon Hixon Fund, Hixon Properties Inc., Sendero Wealth Management and the Hixon Land and Cattle Company.

Carpe Somnium, “seize the dream” has been Hixon’s motto. His introduction to motorsports was in 2003 when he obtained his national racing license through the Skip Barber Racing School. Realizing motorsports was not a hobby but a lifestyle career dream, Hixon seized the dream year-after-year earning five championships along with many other achievements.

Dedicated to his craft and in honor of his father’s last words, in 2020 Hixon started his own team, Hixon Motor Sports, a multi-car IMSA Global Mazda MX-5 Cup effort. His journey and return to motorsports has given him another venture to seize the dream of growing and striving for the ultimate success as a team owner and driver. Thanks to the encouragement of his late father, George Cooley “Tim” Hixon, to create his own team, Hixon Motor Sports with two full-season entries which finished Top 7 and Top 12 of the 2020 championship with 27 entrants. The Hixon Motor Sports team was personally awarded the VP Racing Fuels Clean Image Award during their inaugural season.

With a love for people, paying it forward and animals Hixon proudly supports the World Wildlife Fund amongst many other charities such as Autism Speaks and The Tim and Karen Hixon Foundation among many others. Hixon believes in doing good selfless acts, random acts of kindness, and always doing the right thing. “Surround yourself with people who push you, challenge you, who make you laugh, who make you better and who make you happy.” 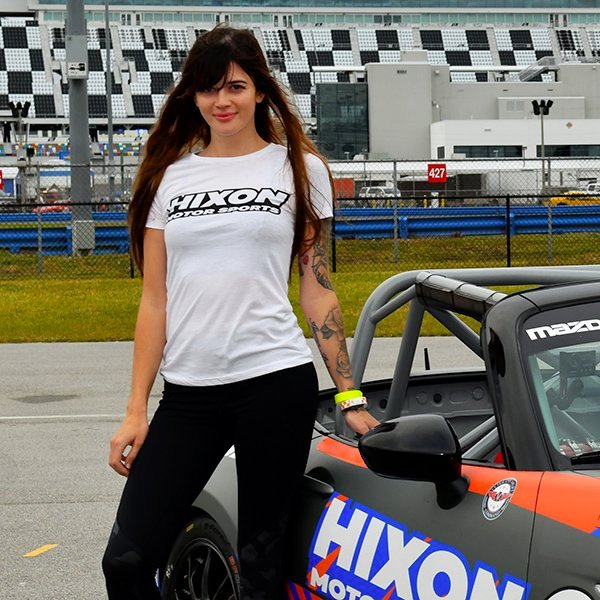 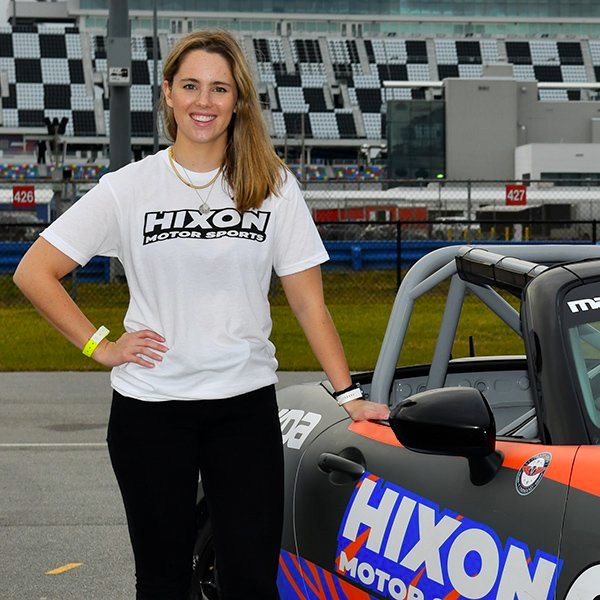 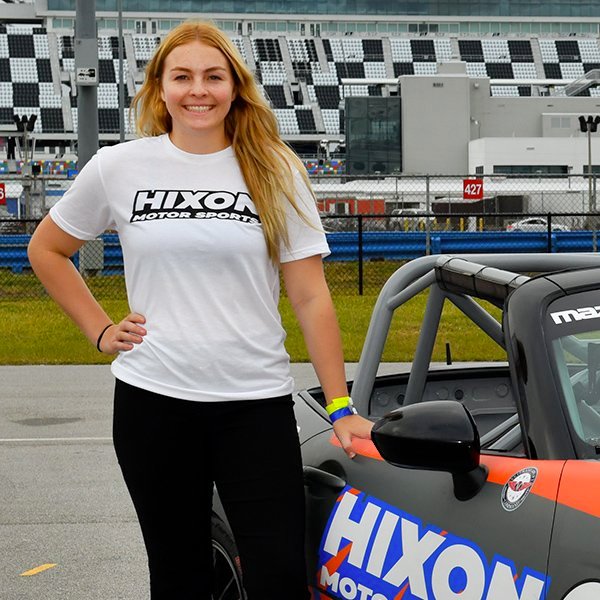 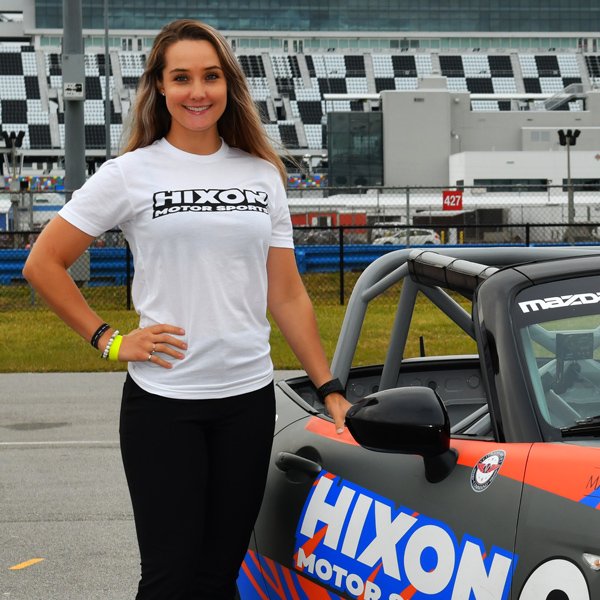 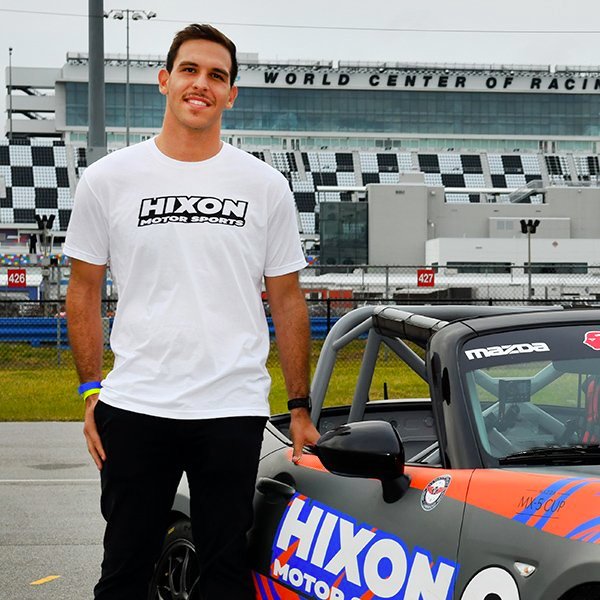 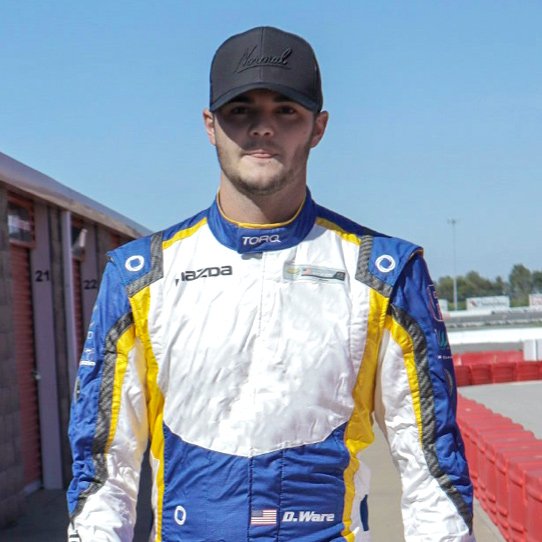 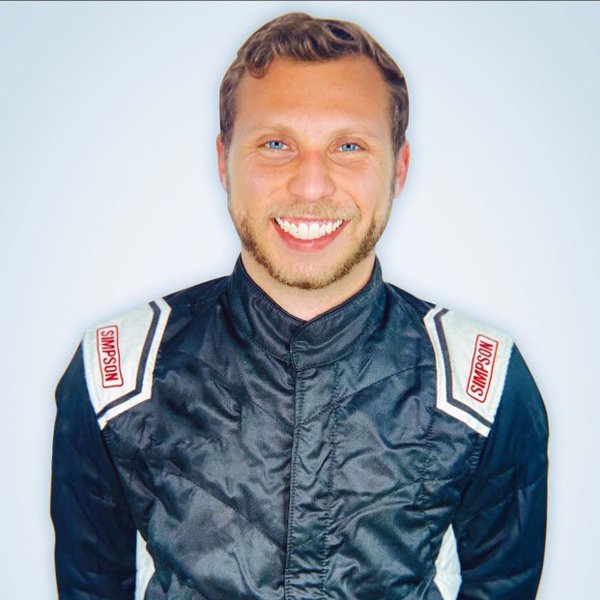 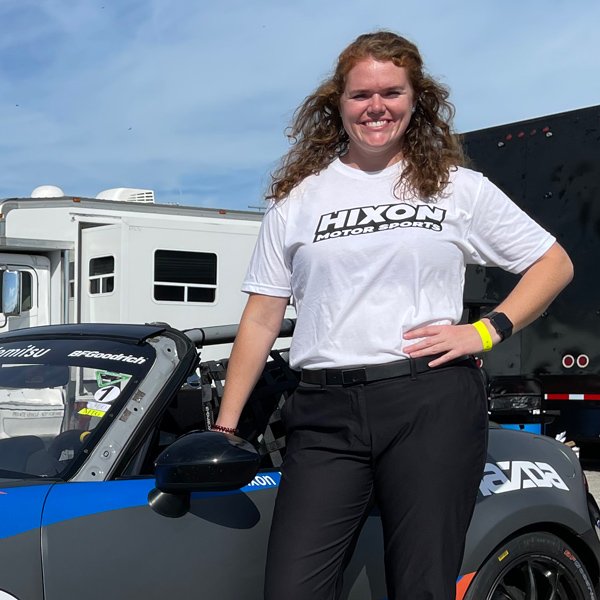 After 10+ years of impressive on and off-track racing accomplishments, Shea Holbrook has become a globally recognized race car driver. Her first mark in history was when she won the 2011 Long Beach Grand Prix becoming the first female to win a major Touring Car race at the prestigious venue. Since then, Shea has gone on to become a 7-Time Pirelli World Challenge Winner, Guinness World Record Holder, Lamborghini Super Trofeo and more recently F3 America’s and W Series driver. She is currently the Team Manager at Hixon Motor Sports and has become a new mom to daughter Olivia. 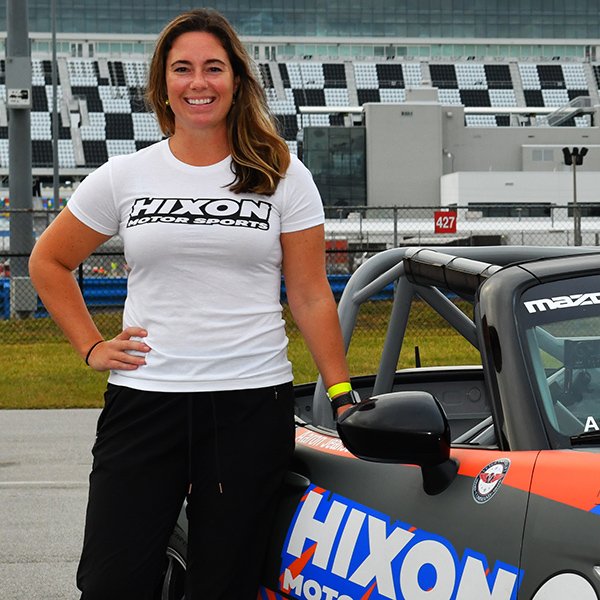 Shea Holbrook
Married to HMS Team Manager, Shea Holbrook, Nick shares 10+ years of professional motorsports experience along with activating sponsorship programs in SRO America and in IMSA. Nick lives in Daytona Beach, FL, where he and Shea own BSI Racing, a full-service race shop and trackside business. He has overseen racing operations on Touring Car, Trans Am and GT teams. 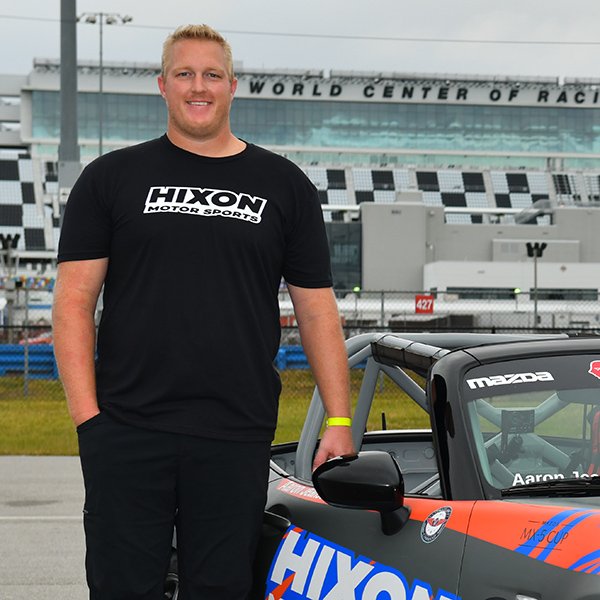 Nick Chorley
Born from Polish immigrants, Sebastian’s family migrated to Raleigh, NC, where they built a successful auto repair shop in which he now manages. With an engineering degree in from North Carolina State University and over a decade of auto and motorsport experience, Sebastian “Sebass” brings grit and experience to Hixon Motor Sports. Of his accomplishments, he is most proud to be the father of his two sons, Gustaw and Gunther. 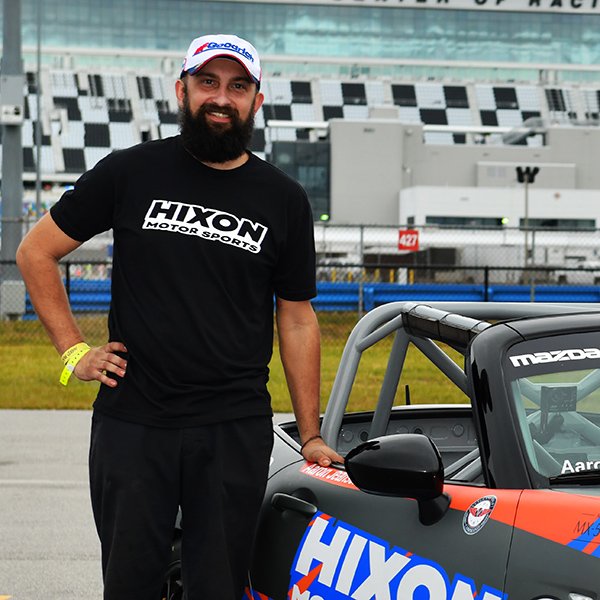 Sebastian Kokoszka
Scott brings 30 plus years of professional motorsports experience to Hixon Motorsports. Having been a crew chief, mechanic, drivetrain specialist, and transport driver for multiple teams in IndyCar, CART, NASCAR, IMSA, SCCA Trans-Am and many other racing series. Scott has raced on 5 of the 7 continents and raced at tracks all over North America in such prestigious races as the Indy 500, 24 Hours of Daytona, 24 Hours of LeMans, 12 Hours of Sebring, 6 Hours of Watkins Glen, and the Petit LeMans among many others. 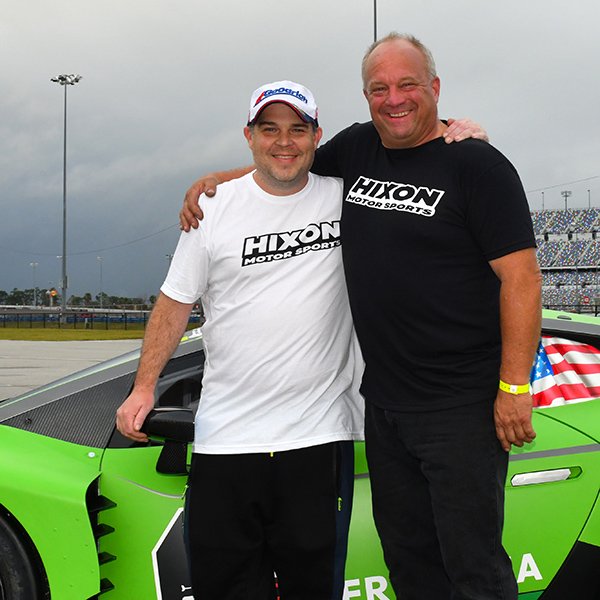 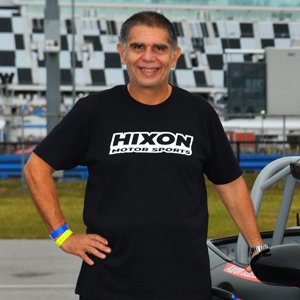 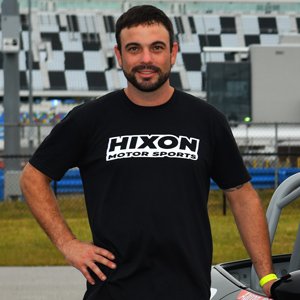 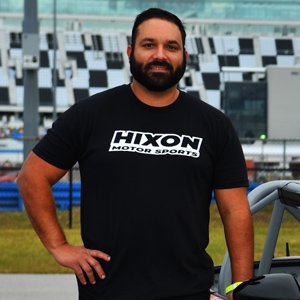 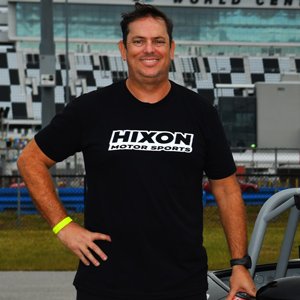 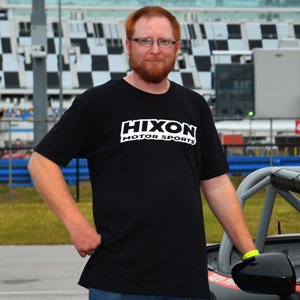 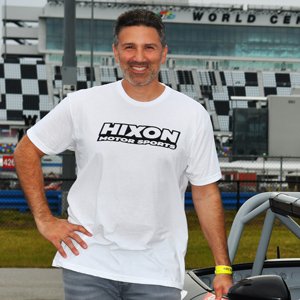